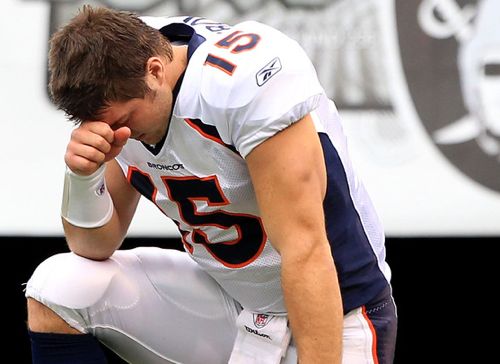 So the 2011 NFL season is almost over and we have seen some amazing play by some great players this season.  Aaron Rodgers led the Packers to 13 straight wins before losing 1 to Kansas City, then won the next 2 to end the season in first place at 15-1.  My favorite team the Steelers finished the season 12-4 with the leagues #1 ranked defense as has become common place these days.  Drew Brees and the New Orleans Saints are still rolling in the playoffs after a 13-3 regular season in which they topped the league in offense.  Topping the rankings in offense were also the Patriots, Eagles and Lions.  The Ravens and Jets made their usual showing in the top of the Defense rankings along with the Texans and 49ers. All these great teams and great stats yet the big news this season has been about a player who didn’t even have a starting job.  Indeed he was the 3rd string quarterback.  He was a backup to the backup.

END_OF_DOCUMENT_TOKEN_TO_BE_REPLACED

Free will…  It’s what allows a follower of Christ to proclaim his love of the Savior and an atheist to deny He exists.  It’s what allows one man to live a wonderful life of innocent bliss while another lives in poverty praying for his next meal.  Free will…  God’s greatest gift to His creation and also His greatest enemy.  It’s also the answer to many of life’s most puzzling questions: