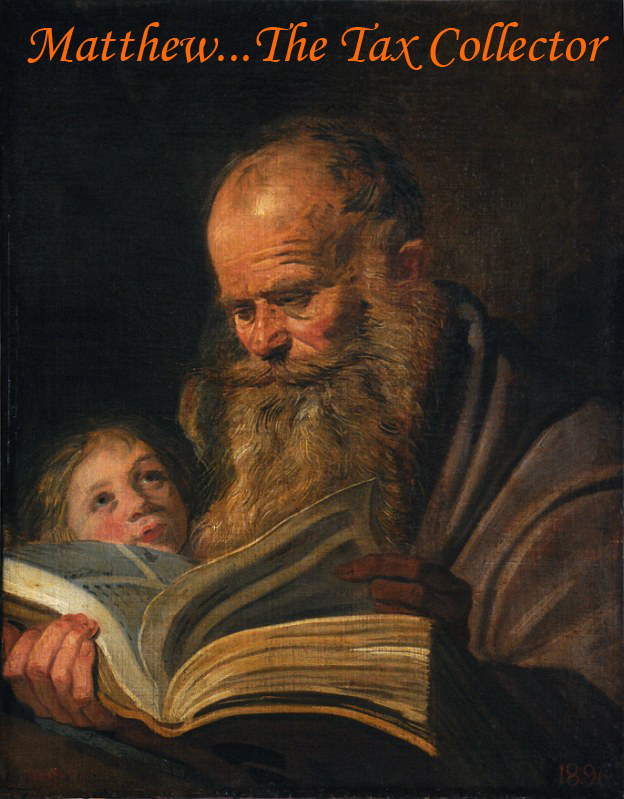 With the backing of the Roman empire it was relatively easy to collect (extort) more than the fair duties from travelers as no one wanted to run afoul of the Romans.  Because of this “free reign” Matthew was likely extremely wealthy.  This becomes evident when after being called to follow Jesus, Matthew holds a feast to celebrate.  Some speculate that he was having a going away party and wanted to bring all of his friends to meet Jesus before they left.  Possibly to show how much his life had already changed in just mere hours with Jesus.

Then Levi held a great banquet for Jesus at his house, and a large crowd of tax collectors and others were eating with them.  Luke 5:29

Matthew’s conversion demonstrates one of the most radical of those in the bible.  He gave up a life of wealth and security for poverty and uncertainty.  He gave up the power and pleasures his position afforded him for a new eternal life offered by Jesus and he did this without hesitation.  Matthew followed Jesus until His death and resurrection then tradition suggests he began to preach the Gospel for 15 years in Jerusalem before going on mission to other countries as Jesus had instructed.

Matthew’s account of the Gospel is the first in order of the 4 in the bible but it was not necessarily the first in order written.  Matthew recorded the Gospel some time around 60-70A.D.  He wrote to a mostly Jewish audience to offer proof that Jesus was the long-awaited Jewish Messiah, who had come to usher in God’s Kingdom here on earth.  He often references Old Testament scripture to support the claims of the believers about Jesus.  His Jewish orientation comes through quite often in his writing.  For example, he frequently uses Son of David instead of Son of God (as in the Gospel of John).  Matthew wrote often about the Kingdom of Heaven and what it meant to be a citizen of the Kingdom.

From that time on Jesus began to preach, “Repent, for the kingdom of heaven has come near.”  Matthew 4:17

Matthew in fact quotes Jesus as using “kingdom of heaven” 5 times in Chapter 5 alone.  His account of Jesus’ life seem to be written as a first hand observer of the events that took place after he left his life in Capernaum in Chapter 9.  Chapter 1-8 therefore had to have been told to him, perhaps by Jesus himself.   Matthew begins his account by taking us all the way back to Abraham then listing the genealogy all the way to Jesus.

This is the genealogy of Jesus the Messiah the son of David, the son of Abraham:  Matthew 1:1

Matthew’s account of the Gospel is very detailed and demonstrates the skills his life as a tax collector gave him. He was a keen observer of people and would have kept very accurate records which is why Jesus’ life, from birth to death and beyond is very well covered in his account.

After leaving on mission to spread the Good News that the Kingdom of God had come near, little is known about his life or his death.  The “Roman Martyrology” of the Catholic Church suggests Matthew was martyred in Ethiopia.  This tradition is supported by “Foxe’s Book of Martyrs”, which states he was slain with a halberd in the city of Nabadar.

Something I find interesting and had not rely noticed until now is that Matthew refers to himself in the third person in Chapter 9 where he is describing the events that surround his call to follow.  While Mark and Luke both tell the story of Levi’s calling, neither connects him to the Matthew who is among the 12.  Matthew however tells of the same event but records it using the name he took upon answering the call.

Next we will look at Mark